I Am The Mothman 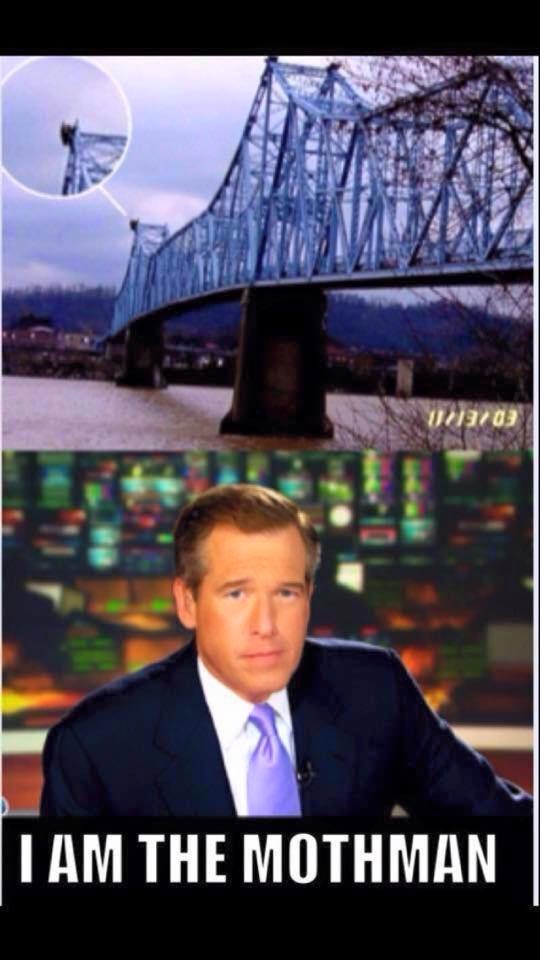 Report of a strange Mothman type entity from Mysterious Universe. It isn't Mothman, per se, (or seems not to be) but it has its own unique characteristics. Others have seen this creature, as is mentioned in the article.  One thing I did find interesting was what the witness said about the reactions of the dogs to, presumably, a large winged being:  "Hearing dogs barking everywhere…" Whenever there's a supernatural/anomalous/UFO event, animals often react with agitation or fear.

Woman Sees Mothman-Like Creature She Calls a Swift Peter | Mysterious Universe: A recent story in Cryptozoology News caught my eye because it referred to a creature I had never heard of before. A woman in Mississippi claimed that in 2013 she saw a large creature with wings that scared her dogs and reminded her of the stories her grandparents told of a Mothman-like creature they called a Swift Peter.
Marie (no last name) says she saw the creature near Arkabutla Lake in Tate County at around 11 pm on a night when a storm knocked out the electricity. Hearing dogs barking everywhere, she investigated and saw a shadow of something that was “large and could fly.” She and her mother found a set of 7-toed footprints the next morning. (Paul Seaburn, Mysterious Universe)