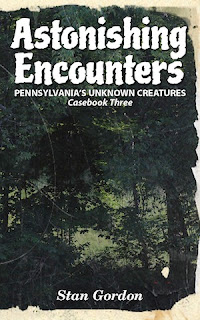 
Astonishing Encounters: Bigfoot, Mothmen and More | Mysterious Universe: Astonishing Encounters also contains numerous reports of unidentified flying things. Typically, they fall into the same kinds of categories of winged things that appear elsewhere in the world. We’re talking about (a) creatures that resemble long-extinct pterodactyls; (b) giant birds that look like the mighty Thunderbirds of Native American lore and history (described by one witness as an “eagle on steroids”); (c) Mothman-style creatures; (d) winged humanoids; and (e) monsters that have a “giant bat”-like appearance.